Mourinho is expected to take over the Manchester United managerial post, after Louis Van Gaal was sacked by the club

Manchester United legend Paul Scholes believes Portuguese Jose Mourinho will deliver exciting football should he become the next head coach at the club. Louis Van Gaal was sacked on Monday, just two days after winning the FA Cup, and Mourinho has been heavily linked for the job, within six month of his sacking as Chelsea coach. Mourinho had previously managed FC Porto, Inter Milan and Real Madrid. He had won trophies during his tenure in each club he managed. Despite being criticized by many for introducing ‘Park the bus’, his teams always scored many number of goals.

“The fans at Man United demand entertaining football and I’m sure Mourinho will come and try and give it,” former midfielder Scholes was quoted as saying by BBC on Wednesday.

Under Van Gaal United finished in fifth place in the English Premier League but they only scored a mere 49 goals in the whole season. Scholes had earlier criticised van Gaal’s approach saying United were playing boring football under him.

“I think Mourinho will have watched that closely and will have seen what happened. He’s a top manager, he’s proven that before and hopefully he can do that again,” he said.

The 41-year-old also was optimistic that Ryan Giggs who was assistant manager under van Gaal, will keep his place at United. “I think it’s important that there’s some form of continuity,” he said. “Hopefully he’ll still be at the club, hopefully still working with the first team. He knows the club inside out, he’s been there for nearly 30 years now.” 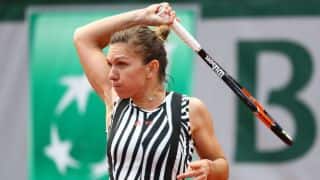