Scholes became the second of the eight marquee players who will be a part of Premier Futsal, a five-a-side variant of football.

Premier Futsal, the world’s first-ever multi-national futsal league, announced on Thursday the signing of former Manchester United star Paul Scholes as a marquee player for three seasons. Scholes is one of those rare English footballers who played their entire professional careers at a single club. He is one of the most decorated footballers of England and is one of the most successful footballers in English club football. Scholes has won a total of 25 trophies, featuring 11 Premier League titles and two Champions League trophies during his stint with Manchester United. Scholes, part of Manchester United’s memorable squad of 1992 — the famous golden generation which included stars like David Beckham, Ryan Giggs and the Neville brothers Phil and Gary — is widely regarded as one of the greatest midfielders of modern football.

He boasts a staggering 718 caps for Manchester United over an illustrious career spanning 22 years. “Futsal is a fascinating format that has played a pivotal role in developing the skills of some of the greatest football players. I have seen futsal grow not just back home, but also across the world and I have played in a few of those tournaments,” Scholes said in a release.

“Premier Futsal will be a great way to introduce the sport to India and I’m looking forward to meeting the fans across India who I know are some of the most passionate in the world.”

Scholes thus became the second of the eight marquee players who will be a part of Premier Futsal, a five-a-side variant of football. After roping in Alessandro Rosa Vieira, the sport’s most renowned player fondly known as Falcao, as it’s first big signing last month, the league signed former Portugal football star Deco and Scholes.

Players will be allotted teams through a player draft which is slated to take place later this month.

Premier Futsal, a game which is split into two halves of 20 minutes each, will be hosted by eight Indian cities, Delhi, Mumbai, Kolkata, Chennai, Bengaluru, Kochi, Hyderabad and Goa from July 15-24 in a franchise based league in the inaugural season. 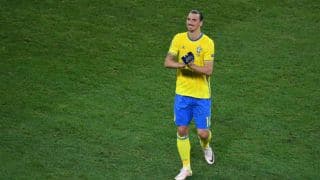 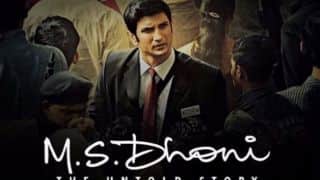