Rio de Janeiro: Brazilian football legend Pele’s son has been named coach of Brazilian semi-professional club Agua Santa. Edson Cholbi Nascimento, known as Edinho, was officially presented to Agua Santa’s fans on Tuesday after agreeing to a one-year contract. Agua Santa play in the second division of the Sao Paulo state league, reports Xinhua. Edinho was released from jail in November 2014 after appealing a 33-year prison sentence for laundering money to a drug gang. A new trial has yet to be scheduled.

The 45-year-old was sacked as coach of Brazilian Serie B club Mogi Mirim in May last year after less than two months in the job. Edinho’s coaching experience also includes a spell as an assistant manager with Brazilian top-flight club Santos, with whom his father scored 1,091 goals in 1,116 matches from 1956 to 1974. Edinho made nine first-team appearances for Santos as a goalkeeper in the 1990s. 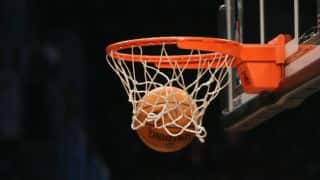