Bidding for eight franchises for the upcoming Premier Futsal League will take place in Mumbai on June 20 in presence of league president Luis Figo.

Kolkata: Bidding for eight franchises for the upcoming Premier Futsal League will take place in Mumbai on June 20 in presence of league president Luis Figo, organisers said on Wednesday. Eight franchises – Delhi, Mumbai, Kolkata, Chennai, Goa, Kochi, Hyderabad and Bengaluru – will compete from July 15-24 in the inaugural Premier Futsal, which has roped in Indian cricket star Virat Kohli as one of the stakeholders and brand ambassadors. In the build-up to the tournament, talent hunt process in the age group of 18 to 24 years are being held across the eight cities. The Kolkata leg will be held from June 13-15.

The ‘Premier Futsal Launchpad’ will conclude with a 15-day bootcamp in Chennai, where 20 players from eight cities will be given intensive training from June 20, Dinesh Raj, a co-owner of Premier Futsal said. “The registration is open and can be done on the premier Futsal website. The tournament will be widely televised across the globe,” Raj said. On Kohli’s association, Raj said, “He will be initially associated with the sport for three years. We plan to take the league to the Northeast after seeing the response in the first year. The ultimate aim is to bid for the Futsal World Cup in 2020.”

Each of the eight teams will have one marquee player, three internationals and one domestic talent which will be selected during the Players Draft. The players pool will have two-time World Cup winner and four World Player of the Year winner Falcao among others. Futsal is a five-a-side highly action packed skillful indoor game where six goals is bare minimum during its 40 minutes’ regulation time. 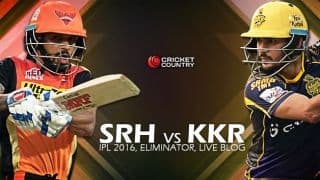