Tottenham Hotspur manager Mauricio Pochettino refused to criticise his players after an ill-tempered draw with Chelsea ended their dream of winning the English Premier League.

London: Tottenham Hotspur manager Mauricio Pochettino refused to criticise his players after an ill-tempered draw with Chelsea ended their dream of winning the English Premier League (EPL). Tottenham players picked up nine yellow cards in a 2-2 draw with the former champions at Stamford Bridge here on Monday night. The Spurs needed a win to keep alive their hopes of claiming their first English title since 1961.  Striker Harry Kane and South Korean import Heung-Min Son handed Tottenham a 2-0 lead by half-time. But Chelsea struck back in the second half, scoring through Gary Cahill and Eden Hazard to snatch a hard-fought draw. The result saw Leicester City being confirmed as the new EPL champions.

The game was marred by a series of clashes between the two sets of players, both on the pitch and in the tunnel at the end of the game. “We were all involved today. When you play for a title and play a big team like Chelsea, they want to win and we are the same. There is nothing more to say, it was emotion. Fighting on the pitch is not a good example for both teams, but it is hard,” Pochettino said after the game.

“In football, we all want to win and sometimes happens a situation like tonight. But for me, it is a good lesson for us, that we need to take and improve. It is a fantastic night for us because it shows we are strong in our mentality and that we fight together,” the Argentine told the local media. Chelsea striker Diego Costa was involved in a confrontation with Tottenham’s Danny Rose and Michel Vorm in the tunnel at the end ofthe match. The Brazil-born Spain international could face disciplinary action after appearing to headbutt Jan Vertonghen.

Tottenham’s Mousa Dembele could also be penalised after poking Costa in the eye and also seeming to stamp on Cesc Fabregas. But Pochettino refused to criticise his players for their behavior, preferring instead to praise both teams for their passion and intensity. “I didn’t see (Dembele), but I heard about it. We will see what happens. I need to see the video, we are on the touchlines, it is very difficult to see the situations,” Pochettino said.

“But how Chelsea played showed big respect for us. It is a pleasure to play with this intensity, I like to play like this, when the opponent shows you so much respect. It’s a derby and fight for winning the title. Chelsea fight to try to win, but I think that makes us feel very proud of our players, how Chelsea treat this game and show big respect to us,” he added.

“It’s a competition, football, we are men and they are men, but we have to show we are strong.” 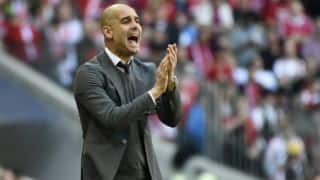