London: Former Manchester United defender Rio Ferdinand believes that skipper Wayne Rooney can turn around things for his club and save manager Louis van Gaal from being sacked following his powerful display during his side’s goalless draw against Chelsea in the Premier League. Reflecting on Wayne Rooney’s performance, the 36-year-old said that the skipper played with freedom against Chelsea, insisting that he had managed to boost his side’s confidence by his game. “He was coming off the centre-back to help link the play or spin round and mount an attack. Then he was drifting out to collect and hit those fantastic diagonal balls and, most importantly, he was getting in the box as well,” Ferdinand was quoted as saying by goal.com

According to Ferdinand, Rooney was desperate to prove a point after he was benched during their Premier League clash against Stoke City. “Wayne will have been hurt and desperate to prove a point. He didn’t score and was lucky not to be sent off for a nasty tackle on Oscar. But other than that, his all-round game was superb,” former United skipper said. Van Gaal’s job came under scrutiny following his side’s fourth consecutive defeat at the hands of Stoke City.

United have collected only three victories in their last 14 matches and scored just 11 goals in the process. United are currently at sixth spot in league standings and they will now lock horns with Swansea City on Sunday. 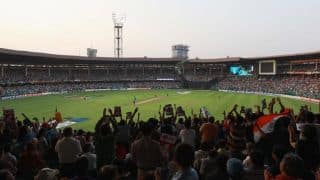