triker Robin Singh and defensive midfielder Dhanpal Ganesh have been summoned by Stephen Constantine to the national camp.

New Delhi: Striker Robin Singh and defensive midfielder Dhanpal Ganesh, both of whom are currently sidelined with injuries, have been summoned by India football coach Stephen Constantine to the national camp in order to assess their recovery process. While Robin had injured his right knee during the SAFF Cup last December, Ganesh had also injured his right knee during the first leg of India’s World Cup qualifier against Iran in September 2015. Constantine specially summoned Ganesh to stay in the camp to get himself assessed, treated and advised by the medical staff of the national team as the player aims to get back to action in another three months. However, Robin, being a local boy, has been visiting the national camp regularly where he is also being assessed and advised by the medical staff.

“It’s important for the players to understand that the AIFF will always support them. We are trying to aid the recovery process. Players who get injured are never to be thrown away as scrap and it’s important to handle them with care. I just wish a speedy recovery to Ganesh and Robin as well as Eugene (Eugenson Lyngdoh) and Anas (Edathodika),” Constantine told the All India Football Federation’s (AIFF) official website.

The national camp is being held at the Ambedkar Stadium here ahead of the second leg of the 2018 World Cup qualifiers against Iran and Turkmenistan. Eugenson Lyngdoh, the 2015 AIFF Player of the Year, is also out of action with a hairline fracture of the fibula and is expected to be training with his club Bengaluru FC from next week. “I am on contract with Delhi Dynamos who have been paying my salary. The national team is my second family. I hit two birds with one arrow when I drop in at the camp. Firstly, it’s an opportunity to meet all my friends, and secondly, it’s a chance to be with the medical staff of the national team,” Robin stated.

“The expenses of the surgery and post-treatment which were borne by Delhi Dynamos have been a success and I am dying to get back on the field at the earliest.” Robin picked out Constantine to express his gratitude to him. “He has been a huge support and a pillar of strength to me. I am in constant touch with him. It feels bad to be missing Games but the injury will just motivate me to begin from where I had left,” he said.

Ganesh, who was also present in the medical room, admitted that he enjoyed his experience during India’s victorious campaign at the SAFF Cup and is raring to return to action after recovering from his knee operation for five months. “I wanted to be part of the squad. When I watch the pictures of the celebrations in the dressing room it feels bad that I couldn’t be there. But here I am in the Camp again with all the boys. The coach has just been supporting me like anything,” he said.

“Constantine has been regularly calling me up. He has been monitoring and his care has touched me deeply. Gigi sir [India team thysio Gigi Geroge] and Dr. Kamal [Sreejith Kamal] have shown me the path ahead. I am following the regime and hope to be back at the earliest.” “I also need to make a mention of Chhenaiyin FC and their help during the initial stages,” he added. “Nowadays I get plenty of time to watch I-League matches on television but I would have loved to be in action,” he added. Meanwhile, the Indian team had two practice sessions on Saturday. 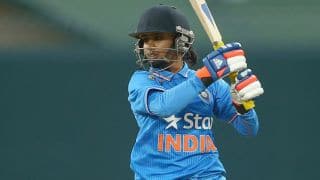 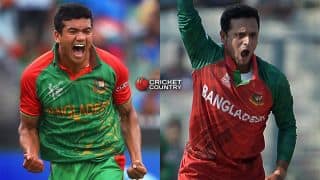