The result sees Russia and England at the joint second spot in the group with a point each.

Marseille: Russia rode on a late strike from Vasili Berezutski to hold England to a 1-1 draw in a hard fought Euro Cup Group B clash at the Stade Velodrome here on Friday. England showcased superb attacking prowess to dominate proceedings throughout the game. Most of their attacks came to nought against the Russian defensive wall before Eric Dier (73rd minute) placed a beautiful curling freekick into the top left corner to give England the lead. UPDATES: ENG 1-1 RUS, FT | Football Score, England vs Russia, Euro 2016, Match 4 at Marseille

But the Russians, who defended tooth and nail from start to finish, were rewarded for their dogged fighting spirit during added time in the second half when Berezutski (90+2) rose above the England defence to head a cross in at the far post.

The result sees Russia and England at the joint second spot in the group with a point each. Minnows Wales are at the top due to their 1-0 win over Slovakia.

For England, it was a disappointing end after a promising start. Playing with a 4-3-2-1 formation with Harry Kane as the attacking spearhead, they dominated the lion’s share of possession.

Although England manager Roy Hodgson inexplicably chose to leave in-form striker Jamie Vardy on the bench, his absence was hardly felt in the first half.

The Tottenham Hotspur duo of Dele Alli and Harry Kane, who had played a key role on their club’s second place finish in the English Premier League (EPL), showcased their superb combination.

With Adam Lallana and the lightning fast Raheem Sterling also at the top of their form, the England forward line sretched the Russian defence to their limit.

But the Russians held their fort in the first half thanks to some dogged defending. Walker tapped down a cross on the right and passed for Lallana whose attempt from inside the six-yard box was met with an excellent save by Russian goalkeeper Igor Akinfeev.

Kane missed out a short while later when his desperate lunge at the far post was unable to meet an excellent headed pass from Delle Alli. Raheem Sterling found himself through on goal in the 24th minute, but Igor Smolnikov produced a brilliant tackle to avert the danger.

Akinfeev was again called into action early in the second half when a goalmouth melee found Sterling in the clear. But Akinfeev produced a superb reflex save by diving to his left to deny the Manchester City forward’s close range shot.

The Russians showed much better co-ordination and attacking in the second half. But the few constructive moves they managed were let down by poor application in the attacking third.

After Dier’s freekick had handed them the lead, England continued to attack relentlessly. But the lead seemed to lull the English into a false sense of complacency.

Wayne Rooney, who had a decent game, was taken off with 10 minutes to go and Sterling was substituted by James Milner in the 87th minute.

Perhaps Hodgson had felt that the job was done and wanted to see off the closing minutes. But overconfidence was to cost his team dearly.

The absence of Rooney and Sterling eased the pressure on the Russian defence and a fast counter-attack saw a hopeful cross being whipped into the box. The tired England defence could not react fast enough, leaving Berezutski to head home. 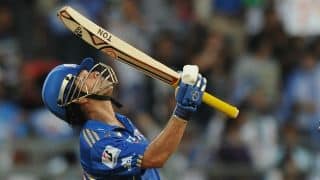