Spanish football team play Romania on Sunday evening, this game will be the last friendly match Vicente del Bosque's side plays before the Spain coach names his definitive squad for the June tournament

Cluj (Romania): The last train with a ticket to this summer’s European Championships pulls out of the station when the Spanish football team play Romania  on Sunday evening. The game will be the last friendly match Vicente del Bosque’s side plays before the Spain coach names his definitive squad for the June tournament and several players know they must take their chance or be left waiting back in Spain rather than travelling to France, reports Xinhua.

Athletic Club Bilbao striker Aritz Aduriz grabbed his chance on Thursday with the goal that gave Spain a 1-1 draw away to Italy and on Sunday other strikers, such as Paco Alcacer and Celta Vigo’s Nolito will get their chance to shine.

Iker Casillas will play in goal knowing that David de Gea’s excellent performance in Udine means he needs a good performance as the chorus of voices calling for de Gea to be first choice this summer continues to rise.

Real Madrid central defender Sergio Ramos returned to Spain on Friday because of a minor back problem and if del Bosque continues his policy of rotating the squad, that should see Marc Bartra and Nacho Fernandez share duties at the heart of the Spain defence, despite them having barely 10 appearances between them for their clubs this season.

Meanwhile, Jordi Alba will play at left back and Mario Gaspar will get a chance on the right. With Andres Iniesta and Sergio Busquets out through injuries, Sunday should see their Barcelona teammate Sergi Roberto make his full debut and his energy could give more spark to a midfield which struggled to make an impact in Italy.

After Sunday’s game the players return for the final straight in the La Liga season while del Bosque will have to start thinking about his final squad for France — his players have 90 minutes to show they deserve to be on the train. 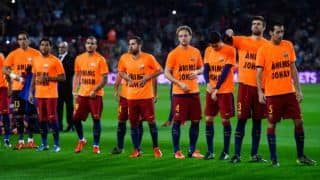 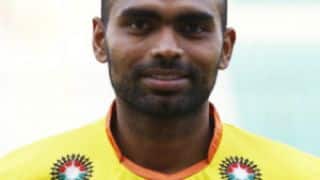