It seems that head coach Pep Guardiola is not pleased with the behaviour of some players.

Munich, Jan 29 (IANS) The webs edition of German sports magazine Kicker has claimed that the general atmosphere inside Bayern Munich is not going so well after an email message was sent to players by the football club’s management urging them to behave. The German publisher on Thursday cited a Bayern player, who requested anonymity, saying that tension has flared due to many injuries among the group on one hand, and the team-coach relationship on the other, reports Efe.

It seems that head coach Pep Guardiola is not pleased with the behaviour of some players, which led the club’s management to send its “explosive” email last week, according to Kicker. Among other things, the management required the players to give official notice of their days off to avoid unnecessary trips that can affect the performance of the team before any given game.

Guardiola is pressuring his players just a few months before bidding farewell to the Bavarian giant, Kicker explained. In general, the Spanish coach is demanding his players show more discipline regarding eating habits, hours of sleep and during their leisure time. 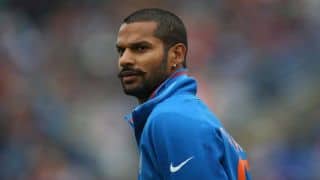