Australia's China-based football star Tim Cahill, has said that he is open to playing in Australia's premier division, the A-League.

Canberra: Australia’s China-based football star Tim Cahill, has said that he is open to playing in Australia’s premier division, the A-League, if he receives an offer. Cahill’s six-month contract with Chinese Super League (CSL) club Hangzhou Greentown, is due to expire in June and the striker said he will make a decision on his future career in July, reports Xinhua. “I’ve never closed the door on the A-League. I think the good thing is I knew I was going to be a free [agent] going into the window in July, but it’s obvious there never has been any contact with me,” Cahill told Fox Sports on Wednesday.

“A lot of things are up in the air but I’ve just got to keep playing and that’s the main thing for me. I’ll look to see what happens for me, whether I stay in China or go somewhere else in the world. But overall, I think it’s going to be left down to the big boss man of the league to decide what he wants to do.” The 36-year-old moved to Shanghai Shenhua in 2015 following several successful seasons at Millwall and Everton in England and New York Red Bulls in America’s Major League Soccer (MLS).

If returning to his homeland, Cahill would join the likes of Alessandro Del Piero, David Villa, Robbie Fowler and Damien Duff as the most recognizable players to have ever played in the A-League. Both Melbourne Victory and Sydney FC, two of the league’s biggest clubs, have been linked to Cahill in the past. 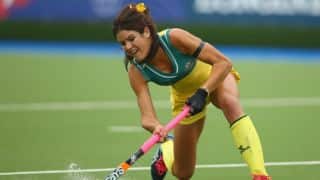