Europol has warned about "great concerns" regarding Euro 2016 which will be played in France as it might be "an attractive target for terrorists".

Italy captain Gianluigi Buffon admits the terror threat ahead of Euro 2016 is “scary” but insisted he is ready to risk his life to give happiness to football lovers. Europol has warned that there are “great concerns” about the Euro football championship to be held in France between June 10-July 10 as it will be “an attractive target for terrorists”. Last year on November 13, French capital Paris came under terrorist attacks and it means that a high-level of security will be put in place during the event that is one of the most popular in Europe. ALSO READ: Gianluigi Buffon, Andrea Barzagli offered contract extension by Juventus

“But we’re important social instruments and we can give people dreams. If you want to do that, unfortunately at this moment in history you have to run a few risks,” added the 38-year-old, one of the best goalkeepers in football history.

“I’m happy to do that if I can give happiness to those who follow football.”

The 2006 World Cup winner captained Juventus to a fifth consecutive Serie A title this season. He played a big part in helping the Turin-based giants recover from a poor start before snatching the lead from Napoli.

Talking about the season, Buffon said: “I think this title showed Juventus’ real qualities and those of the men in the team. Never before was the team in greater need of a drive to keep surprising people and to resist what initially seemed like a destined result.”

“We kicked off the season worst than anybody else. Things changed when we understood that thinking of Inter, Roma and Napoli would be conceited, when our position in the standings disallowed for it. We needed to get down and dirty before we could return to our positions.”

“My personal record doesn’t add anything for me. Nothing changed in terms of pride and personal gratification, but I’m glad I was able to reach such an important result with this team,” he reflected.

“The record goes under the name Buffon, but must be credited to defenders (Andrea) Barzagli, (Giorgio) Chiellini, (Leonardo) Bonucci and everybody else.” 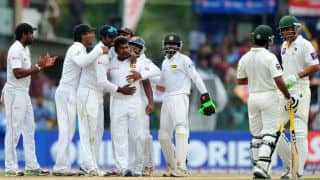 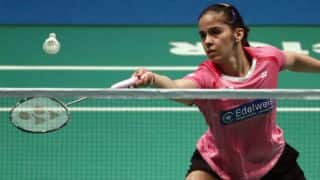