Union Ministry of Youth Affairs and Sports has urged the states and union territories to take necessary steps to popularise football.

New Delhi: The Union Ministry of Youth Affairs and Sports on Friday urged the states and union territories to take necessary steps to popularise and promote football in their region in order to make the U-17 World Cup, to be hosted by the country next year, a huge success. There will be a “Mission 11 Million” campaign which will work towards engaging more than 11 million children in activities related to football and will be launched in October this year. In a letter sent to all chief secretaries of states and union territories, department of sports secretary Rajiv Yadav has said, referring to Prime Minister s Narendra Modi’s “Mann ki Baat” programme on March 27, that he has called for building an atmosphere and fervour for football in the country as a run up to the U-17 World Cup.

“The Prime Minister wants football to be played in every nook and corner of the country,” said a Press Information Bureau (PIB) release. The communication further stated that following the call of the Prime Minister, the department of sports has initiated a series of steps to popularise football throughout the country. Several rounds of discussions have been held with world football governing body FIFA, the All India Football Federation (AIFF), Kendriya Vidyalaya Sangathan (KVS), Central Board of Secondary Education (CBSE), Subroto Mukerjee Sports Education Society and other stakeholders to firm up appropriate programmes. As a result, the “Mission 11 Million” programme has been formulated and will be launched in coordination with FIFA in about 30 cities across the country. 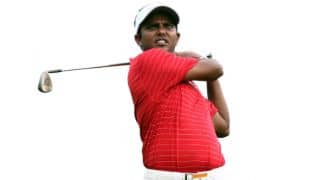