VFF on Thursday decided to terminate the contract of head coach Toshiya Miura, and look for a Vietnamese to replace him.

Ho Chi Minh City: The Vietnam Football Federation (VFF) on Thursday decided to terminate the contract of head coach Toshiya Miura, and look for a Vietnamese to replace him. The VFF executive committee held a meeting on Thursday during which most of the delegates agreed on the early termination of the contract inked in May 2014, although it is going to expire in April, reports Xinhua. Miura has helped Vietnam’s Olympic team advance to the knock-out round of the 17th Asian Games in South Korea, the national football squad to the semifinal round of AFF Cup 2014, and U-23 Vietnam to the final round of AFC U-23 Championship for the first time.

However, the Japanese coach has been criticised for making Vietnamese team play in an offensive way.  “He has selected players and constructed playing styles basing on stature and physical strength, which has resulted in many injuries and under performances of some talented footballers,” said a local football fan named Nguyen Van Hai. The VFF is looking for a Vietnamese coach to lead the national squad, a VFF official told Xinhua on Thursday, noting that Nguyen Huu Thang is a strong candidate. 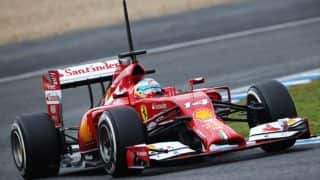