Taking strong exception to HI response in an alleged sexual assault case against Indian captain Sardar Singh, the Delhi Commission for Women has accused the federation of making "defamatory allegations and remarks" against the statutory body.

New Delhi: Taking strong exception to Hockey India’s (HI) response in an alleged sexual assault case against Indian captain Sardar Singh, the Delhi Commission for Women has accused the federation of making “defamatory allegations and remarks” against the statutory body. The Commission, which termed as “false and malicious” the purported remarks of HI linking the DCW members with AAP, also refused federation’s request for 10 weeks’ time to submit the details sought by DCW, and asked it to send its reponse within a week or face action. “The Delhi Commission for Women takes strong exception to your response wherein defamatory allegations and remarks have been made against a Statutory body invested with the powers of a Civil Court.”

“Despite the intemperate language and your reluctance to participate/cooperate with us in meting out justice to the victim, we would like to give you further opportunity of seven days from the date of receipt of the instance communication failing which we will be constrained to take appropriate action in accordance with law,” the notice read. In the notice, the DCW chief Swati Maliwal also stated that “the allegations of political jugglery and linkages with the political party ‘AAP’ against the members of the Commission are false and malicious”, while adding that the Commission was discharging its duties on the basis of a complaint forwarded to it by a leader of the BJP, Poonam Azad.

“Your attempt to intimidate the office bearers of this Commission whilst performing their legitimate statutory duties is severely unbecoming of an organization entrusted by the Government of India with the mandate of promoting the national game of Hockey in India,” the DCW said. 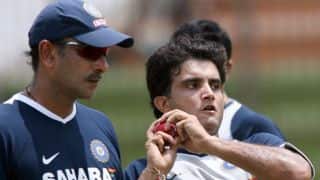 BRICS Youth Summit 2016 to get underway from July 1