Mumbai: Powered by a double strike from India discard Yuvraj Walmiki, local outfit Central Railway edged out Food Corporation of India of Delhi 5-4 in a Pool ‘A’ league match of the 12th PMC Bank-Guru Tegh Bahadur All India Gold Cup hockey championship on Wednesday. Earlier in the day, Hockey Bhopal drew 2-2 with Union Bank of India in Pool ‘B’. FCI, who are making their debut in this event, drew first blood with Vinay Walmiki scoring in the fourth minute of play after an opening on the right flank.

The Railwaymen hit back immediately and converted twice, first in the 22nd minute through Yuvraj Walmiki and then three minutes later through Victo Singh off a penalty corner. FCI were quick on the counter and created an opportunity through a corner which was capitalised by Imran Khan to level the scores at 2-2.

Later, FCI’s Prithviraj Solanki’s 44th minute goal was neutralised by Central through Harmeet Singh (48th). Aniket Muthaiya put the Delhi team 4-3 up in the 55th minute before two strikes in the space of five minutes from Affan Yusuf (61st) and Yuvraj Walmiki (65th) helped the railwaymen to wrap up the game.

In the earlier game, Union Bank went in front in the fourth minute through Wasim Khan’s goal before Bhopal equalised in the 34th through Imran Yusuf. The bankers regained the lead 20 minutes later through Nitin Kumar and once again the Bhopal side restored parity through Nikky Koshal off a penalty corner in the 59th minute before the match ended in a draw. 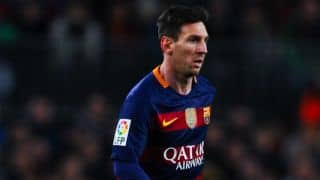