SIT formed by Ludhiana Police Commissioner Jatinder Singh Aulakh to probe the sexual harassment allegations against Sardar Singh has given a clean chit.

Ludhiana: The Special Investigation Team (SIT) formed by Ludhiana Police Commissioner Jatinder Singh Aulakh to probe the sexual harassment allegations against Sardar Singh has given a clean chit to the Indian hockey team skipper. In February, a British woman had filed a police complaint against Sardar alleging that she was harassed by him. The woman had then said that Sardar, with whom she was in a relationship from the last four years, had physically and mentally tortured her and forced her to abort the child after she got pregnant.

“I have been in a relationship with Sardar Singh for last four years. I have been engaged to him for last two years. After engagement, Sardar forced me to be in a physical relationship on the terms that we are going to get married,” she said. “Our relationship developed and within a year of 2015 he got me pregnant. After consulting with Sardar on this matter, he refused to speak to me and was adamant that I should abort the child right away,” she added.

Sardar had, however, rubbished all the allegations levelled against him, saying that the charges were ‘inappropriate’ and ‘false’. The SIT, in their recent report, quashed all the allegations against the hockey captain, saying that nothing of sexual harassment sort could be established. Confirming that the investigation into the matter has been completed, the SIT said that the women and Sardar had never stayed together at Bhaini Sahib, adding that all the charges against the hockey star were untrue. 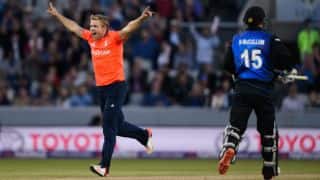