Viren Rasquinha: India can finish top-6 in hockey at Olympics 2016

Viren Rasquinha: India can finish top-6 in hockey at Olympics 2016

New Delhi: Former India hockey captain Viren Rasquinha on Thursday credited high performance director Roelant Oltmans for the national team’s improved performance in recent years and said it should at least aim for a top-6 finish at the upcoming Rio Olympics. “We have had two fantastic wins over England and the Netherlands in the World League Final. Oltmans is the best possible man to coach the side. We are doing well tactically,” the 35-year-old Rasquinha, a two-time Olympian, said on the sidelines of an event. Asked if the team was lacking in any front, he said, “There is an element of consistency, which is missing, we need to improve our short corners both defensive and offensive. Defence as a team is an area we need improvement. I am sure Oltmans knows it well, he knows the players inside out.”

About the prospects in Rio, he said, “Realistically, we must eye a top-6 finish. We have to climb the ladder one step at a time. First goal is qualify for the quarters, and then it can be anybody’s game.” Rasquinha, who is the CEO of non-profit organistaion Olympic Gold Quest, was on the occasion of the signing of a MoU between OGQ and Genpact, a global leader in digitally-powered business process management and services, with a mission to support Indian women athletes in winning medals at the Olympics.

Rasquinha said, “It’s extremely hard to predict the number of medals. We need to know how to enjoy the journey. We will keep improving. I am sure we will win more medals in Rio than London (Olympics in 2012).” When asked to comment on the qualification of the Indian women’s hockey team for Rio Games, he said, “It’s amazing that women’s hockey will be there in Olympics after 36 years. Hockey India has been very encouraging towards women’s hockey.”

During the signing of the MoU, one of the founding members of OGQ, Geet Sethi, a nine-time cue sports champion, said, ” There has been massive improvement in the last 10-20 years. The government has opened its purse strings and they now want us to win medals in Olympics. Sporting performance will go up with the economic fevelopment of the country. “We can win more than six medals in Rio – shooting, badmintom, wrestling and boxing are the disciplines where we can win medals. There are many medals on offer in shooting.

“We have to ensure that the athlete’s potential is fulfilled.” Sasha Sanyal, Senior Vice President Strategy and Diversity & Inclusion Leader – Genpact, said, “Gender diversity and supporting women to achieve their full potential are something that we drive with everything we have here at Genpact. “We’re excited to extend this to supporting women in sports – where values such as meritocracy, focus, leadership and grit reflect our own values so well. It’s a journey that we are all truly proud to be taking.” 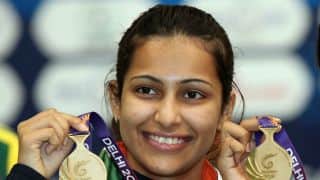 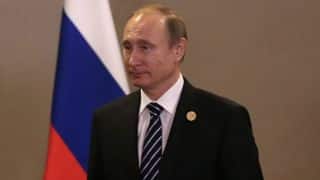