Tom Cooper top scored with an unbeaten 43 as the Melbourne Renegades were restricted to 145/5 by the Melbourne Stars in the Big Bash League Twenty20 final on Sunday.

Sent into bat by Stars skipper Glenn Maxwell at Docklands Stadium, the Renegades lost early wickets, including Marcus Harris and Aaron Finch, and struggled to get back in the game.

Cooper shared in an 80-run unbroken stand with Dan Christian, who was not 38, to push the total into respectable territory with 29 runs off the last two overs helping the cause.

The Renegades are playing their first BBL final, while the Stars were beaten finalists at home to Sydney Thunder in 2016. 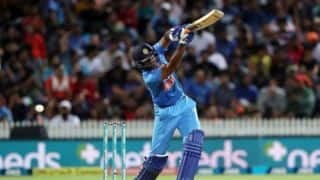 Rahul Dravid told me I have shots and temperament to be a finisher: Vijay Shankar 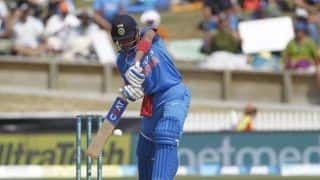