Coulter-Nile picked 3/26 as India's middle order imploded after a promising start to end up on 126 for 7.

The two T20I games between India and Australia has been termed a prelude to the World Cup preparation, an opportunity for both teams to mix and match before the five ODIs. And although the T20 format promises to have no significant bearing keeping in mind the big one stating May 30 in England, the first innings from the opening match in Vizag left India with a few issues to contemplate about. (READ: Debut for Markande)

Put into bat, India, after a decent start, imploded, with their middle order blown away by Nathan Coulter-Nile‘s three wickets. From 80 for 3, India lost their next five wickets for 28 runs and were kept to 126/7. KL Rahul hit form with a half-century but the joy surrounding his first international fifty since September last year, soon turned to disappointment with only Virat Kohli and MS Dhoni being the other two having anything significant to contribute. (READ: 1st T20I, Live Blog)

Rahul, given the nod ahead of Shikhar Dhawan did not let the opportunity slip. He began with two crisp boundaries off Jason Behrendorff including a stunning one-handed aerial drive which almost carried the distance and dished out a similar treatment to Jhye Richardson. India had lost Rohit Sharma early paddling Behrendorff to Adam Zampa at short fine leg but they were back on track with a 55-run partnership between Rahul and captain Kohli.

Kohli showed no signs of the fact that he was resuming cricket after a break. After Rahul, it was the India captain who took Behrendorff on with two boundaries drilling him down the ground and cutting him towards the point fence. Kohli’s strong wrists came into play with a flick of Coulter-Nile towards deep square leg the T20 version that raced towards the boundary after a bounce. With the partnership looking to become threatening, Australia struck through Zampa, who had Kohli perishing in the deep.

Rahul looked to be in a different zone one that perhaps has convinced the team management to stick with him time and again. He welcomed Zampa with a four and a six down the ground and reached his half-century off 35 balls. Coming off a couple of 80-plus scores for India A against the England Lions earlier this month, it was Rahul’s first 50-plus score in T20Is since his unbeaten century against England in Manchester last year.

The wicket of Kohli at the other end, opened the gates for Australia. Rishabh Pant was run out and Dinesh Karthik cleaned up by Coulter-Nile his second. Rahul’s wicket lifted them further after he made room but failed to clear mid-off. 92 for 4 became 100 for 6 when Krunal Pandya recklessly top-edged Coulter-Nile to Maxwell at cover-point. Australia sensed blood and they cashed in.

Amid the implosion taking place at the other end, Dhoni continued to battle, and understandably, at a strike-rate of under a 100. Australia were on top and the scoring rate, which was eight an over at the 10-over mark, took a massive dip. In the next six, India scored just 24 more. Pat Cummins was rewarded for his discipline with the wicket of Umesh Yadav, whom he trapped plumb in front.

Dhoni once again kept all the scoring to himself, refusing singles to Umesh and Yuzvendra Chahal. But all he could help India do is collect a six in the last over. 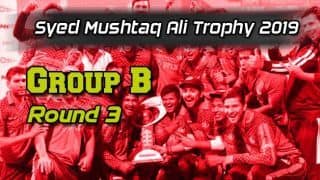 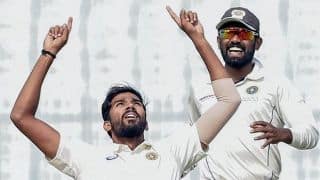