Tim Seifert slammed 84 off 43 balls in a brutal display of hitting in Wellington.

India’s bowlers were bruised, with Hardik Pandya conceding 51 from his four overs, the most expensive, and Yuzvendra Chahal with 1/35 the least expensive.

India dropped two catches, both straightforward chances put down by Dinesh Karthik at long-on to give Seifert a life on 71 and Taylor on 19, but the same fielder also held a terrific boundary catch to get the debutant Daryl Mitchell for 8. (WATCH: Dinesh Karthik drops sitter, redeems himself with stunner)

Munto hit two fours and two sixes in an opening stand of 86 in 8.2 overs, while Seifert slammed seven fours and six sixes with disdain, repeatedly exposing the stumps to shovel, swat and slog-sweep the pacers and spinners with power. His was a stunning innings from a player India may not have know much about.

This resulted in wickets to Chahal, Hardik and Bhuvneshwar, with only five bowlers used by Rohit.

Kuggeleijn displayed his range by three fours and six in his seven-ball 20 not out. 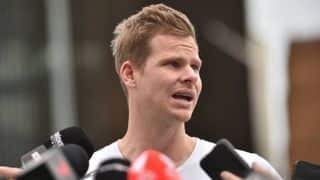 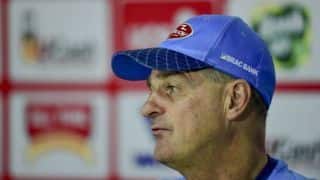