Kamran Akmal played a steady knock of 48, to steer Pakistan to 137 for the loss of eight wickets against West Indies, in the third T20I at Trinidad.

Pakistan‘s charismatic opener Kamran Akmal played a steady knock of 48, as it was he along with Babar Azam, who too played a stable knock of 43, to steer the visitors to an average total of 137 for the loss of eight wickets against the hosts West Indies, in the third of the four-match Twenty20 International (T20I) series at the Queen’s Park Oval in Port of Spain, Trinidad on Saturday. Apart from the above two batsmen, Fakhar Zaman was the only other man to reach double figures, while the rest of the batsmen failed to add any fireworks. Samuel Badree claimed two wickets for 22, while most of the bowlers contributed decently. FULL CRICKET SCORECARD: Pakistan vs West Indies 2017, 3rd T20I at Port of Spain

Earlier, Pakistan skipper Sarfraz Ahmed won the coin toss and elected to bat first on a slow Port of Spain track, with the idea in mind that the pitch might get slower as the day progresses. Meanwhile, Pakistan moved in with an unchanged squad, denying to break the momentum of the winning squad, and keep themselves in line to win the tie, as well as the series. As for West indies, skipper Carlos Brathwaite made a change in the form of Jason Mohammed, who replaced Rovman Powell, as he made his T20I debut. Brathwaite showed great determination that his side would fight it out to stay alive int he series.

Pakistan were off to a worst possible start, as with just four runs on the board, they lost their opening wicket in the form of Ahmed Shehzad, who fell for the same score to Samuel Badree in the second ball of the match. Just a couple of balls later, it was incoming batsman Imad Wasim, who fell for an unfortunate duck after being stumped. Seemed like West Indies were highly determined to spoil Pakistan’s good winning momentum so far in the series. FULL CRICKET UPDATES: Pakistan vs West Indies 2017, 3rd T20I at Port of Spain

However, their opening joy was short lived, as it was followed by an impressive 88-run stand between opener Kamran Akmal and Babar Azam. However, Akmal fell short of his half-century by just a couple of runs, as it was in the 13th over, when he fell for 48 to Marlon Samuels, as the score read 92 for 3. The very next over saw the dismissal of incoming batsman Shoaib Malik, who fell for a mere couple to Brathwaite, at the score of 95.

Babar Azam was going good, as he was in the 40s. However, just 20 runs later, he fell for 43 to the mystery spinner Sunil Narine in the 16th over. He was followed by skipper Sarfraz, who was unfortunately run out for mere three, in the 18th over at the score of 124. It is here from when the Pakistan innings started to fall, as just six runs later, it was Wahab Riaz, who fell for a mere single to Kesrick Williams in the 19th over.

The final over too saw some drama, as Pakistan’s woes continues, with Fakhar Zaman being unfortunately run out for 21, as the score read 132 for 8. However, they did not lose further wickets, as West Indies managed to give away just five runs in the final over, with Pakistan finishing on 137. Kamran Akmal and Babar Azam were the top scorers with 48 and 43 runs each. 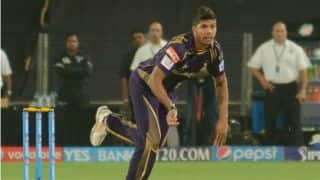 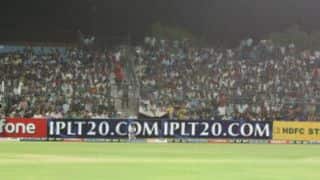 Memoirs of an IPL ball-kid