With its second consecutive win, Patna Pirates climbed to the second spot in the league while U Mumba remained sixth in the table.

Jaipur: Star raider Pardeep Narwal produced a stunning performance as defending champions Patna Pirates beat former champions U Mumba 36-34 in a tight match at the Star Sports Pro Kabaddi League. With its second consecutive win, Patna Pirates climbed to the second spot in the league while U Mumba remained sixth in the table. Leading raider Narwal provided early lead for Patna by scoring three points in the first five minutes but Mumbai didn’t have a good start as their captain Anup Kumar was shown the green card in the sixth minute for talking during the raid.

U Mumba’s defence did well to comeback as Rakesh Kumar helped inflict first super tackle in the seventh minute followed by another in the 10th minute which provided Mumbai a 8-6 lead. The game went into the break with Patna leading 16-14 as Narwal scored seven raid points in the first half. The second half began with Narwal continuing his impressive performance as he attained a super 10 in the fourth minute of the second half giving Patna Pirates 20-15 lead.

Raider Rishank Devadiga provided a recovery for U Mumba as he scored two super raid in the 33rd and the 36th minute. With less than three minutes to go, the game tied was at 33-33. It looked like Devadiga could upstage Narwal as he got a bonus point in the last minute with U Mumba leading 34-33. But it was Narwal who had the last laugh as he scored two points with his final raid and Patna Pirates prevailed for a 36-34 win.

The last time both teams met was in the finals of the Pro Kabaddi season 3 where Patna Pirates defeated U Mumba by 31-28. After its electrifying performance with 18 raids, Narwal was announced the best raider of the match, while Bajirao Hodage of Patna Pirates hold the position of the best defender. 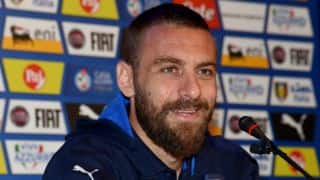 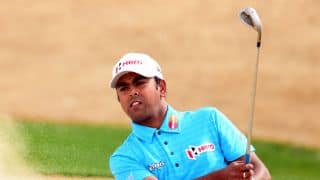