Season 2 champions U Mumba and Maharashtra state rivals Puneri Paltan today expressed confidence over their prospects in season 4 of the Pro Kabaddi League.

Mumbai: Season 2 champions U Mumba and Maharashtra state rivals Puneri Paltan today expressed confidence over their prospects in season 4 of the Pro Kabaddi League commencing on Saturday. Pune are to kick-start the new season by clashing with Telugu Titans of Hyderabad followed by the second match between Mumbai against Jaipur Pink Panthers on day one. On June 26, Bengaluru Bulls will take on Bengal Warriors of Kolkata to be followed by the Maharashtra derby clash between Mumbai and Pune. On June 27, the opening game will be between the Warriors and Dabang Delhi to be followed by the contest between Pune and Patna Pirates.

The first leg programme at the NSCI’s dome would conclude with Pune taking on Delhi on June 28. Mumbai coach E Bhaskaran has rebuilt the squad by including raiders Gurvinder Singh and Surender Singh while propping up the defense with Vikas Kale and Sunil. “The senior players like Anup and Rakesh have been extremely brotherly towards the new players which has made them feel part of a family. This camaraderie will definitely be seen when the starting seven take the mat on Saturday,” said Bhaskaran on Friday.

The Mumbai coach is also confident that their vociferous fan support will motivate the players to begin the season with two solid wins. Pune’s chief mentor Ashok Shinde said, “Players have started practise (from) the 1st of this month and we are going very good. Whatever is lacking from the 1st season, we have built up that thing and now everything is going well.

“We have a good side, seniors as well as the most experienced players and junior players also. We have got three talented players. On paper, we have a strong team, we have (good) combination with seniors and juniors. We will do better because we have a good side and a good captain and I think we will get a result this time,” he added. Pune captain Manjeet Chhillar expressed optimism that the team will not only reach semis but also win the title.

“Our target is to come first, not just to reach in semi-final or final. So we are working hard, we are practising well and the most important thing is all our players are fit. The players sitting in the bench are also fit and ours is a strong team. All the eight teams are strong and I believe we have worked hard and both our coaches are working hard with us,” Chhillar said.

“Our team consists of juniors and players, who are senior to me as well. We have very disciplined players in our team. My target is to win all the four matches in Mumbai,” he added. Pune team’s manager Kailash Kandpal said that unfortunately the team had to play its home games in Mumbai. “It’s unfortunate that we had to move out of Poona [Pune was to host the first leg as per the tentative schedule put out] but, yes, Maharashtra is our home and we will surely get the same kind of support that we were getting in Poona.”

“In season 4, we decided again that we should strengthen our think-tank and so we roped in [coach K] Baskaran to ably support Ashok Shinde. With the help of the three [Ashok, Baskaran and Manjeet], we have developed one of the strongest teams on paper,” he added. 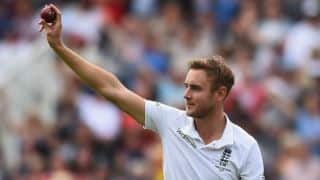