Abhishek Bachchan added he was passionate about sports.

New Delhi: Bollywood actor Abhishek Bachchan is all geared up with his team for the third edition of the Star Sports Pro Kabaddi League, which is set to start on the January 30 in Vishakapatnam, Andhra Pradesh. The actor, who is quite passionate about sports, while addressing the media at a press conference said that he would like to change India’s attitude towards sports. “I am passionate about sports. I would love to be an agent who can change India’s towards sports. I really feel that we need to take sports a lot more seriously,” said Abhishek. To help improve the quality of sportsmen, Abhishek feels that Indians need to look upon sports as a viable career option for children.

Junior Bachchan also talked about sports becoming a business. He owns a franchise in the Star Sports Pro Kabbadi League as well as the Hero Indian Super League and is working to improve the standards of both games in the country. He added, “For me, sports are a very serious business, I have invested a lot of hard earned money in Kabbadi as well as in Football. So I take it very seriously and I would love for everybody and the Nation to take it seriously. I think if that happens then our country would be leading player in the field of sports.”

Riding on the massive success of its two seasons so far, Star Sports Pro Kabaddi is all set to storm stadiums and television screens across India with its Season 3 beginning January 30, 2016. The season will begin with a match in Vishakhapatnam and the playoffs will take place at the Indira Gandhi Indoor Stadium in New Delhi on the March 4 and 5, 2016 with the largest indoor setup in the history of the league. 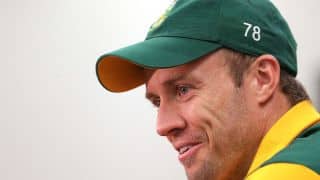 India vs Australia 2015-16: Hopeless bowling not the only reason for visitors' defeat