The match was reduced to 17-overs-per side after a lengthy rain delay. India will be chasing 174 as per DLS

The partnership between Maxwell and Stoinis was worth 78 runs and it brought their innings back on track after Kuldeep Yadav struck in successive overs to put a dent. Maxwell was out immediately after the match resumed followed the rain-break but had smashed 46 off 24 with four sixes during his stay. Stoinis remained unbeaten on 33 off 19 with three fours and a six.

Australia were off to a cautious start after India captain Virat Kohli opted to field. But Kuldeep Yadav struck with his first delivery of the match, removing D’Arcy Short for 7.

Captain Aaron Finch surived a dropped catch and seemed to be capitalising before Kuldeep outfoxed him with a wrong’un to have him caught at backward point on 27. But Lynn was in some mood as he belted three sixes in an over of Khaleel Ahmed.

However, Kuldeep ended his blitz with another wrong’un that, accepting a comfortable return catch. Lynn struck one four and four sixes in his 20-ball 37.

At 75/3, the hosts seemed to be going off track but the pair of Maxwell and Stoinis took over and began their assault. Stoinis began with a couple and a four off the first two delivery faced. He then successfully reversed an lbw decision against Krunal Pandya.

Krunal would end up leaking 55 runs in four wicketless overs including one in which he was creamed for three successive sixes by Maxwell. Australia were 152/3 when rain interrupted the proceedings.

Khaleel at third man had dropped Stoinis off the first delivery of 17th over when rain forced the players out of the field. When the match finally resumd, Australia were left with just five deliveries of which they made five runs apart from losing Maxwell. 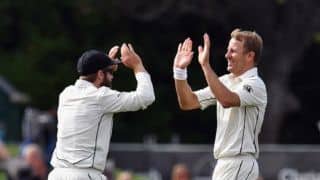 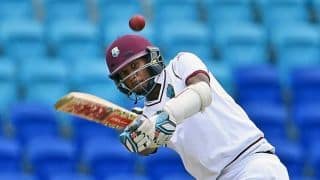