Schutt rattled WI-W them with 3/31, following which Lanning's unbeaten fifty got Australia women over the line.

After sweeping West Indies women 3-0 in the ODIs, Australia women continued their juggernaut by winning the first of the three T20Is by six wickets. West Indies women, batting first, could post only 106.8 in their 20 overs as yet another batting collapse unfolded. Megan Schutt rattled them with 3/31, following which Meg Lanning‘s unbeaten half-century got Australia women over the line.

The West Indies women’s batting followed a familiar narrative. They lost their openers Kyshona Knight to a run out and Britney Cooper to Schutt and which point they were 1 for 2. It was once again up to their captain Stefanie Taylor to steady a sinking ship as she fought her way to a 51-ball 44.

The play was halted for a while after it was brought to the notice of the umpires that the 30-yard circle was wrongly measured. After the officials re-did the dimensions and play commenced, Schutt held on to a caught and bowled of Reniece Boyce. Australia women firmed their stranglehold on West Indies by reducing them to 63/6.

Taylor received some support from the lower order with Natasha McLean, Sheneta Grimmond and Shabika Gajnabi stroking a few lusty blows. Schutt took out Gajnabi to close out the innings with Taylor was stranded at the other end.

West Indies had a glimmer of hope when Chinelle Henry sent back openers Alyssa Healy and Beth Mooney in quick succession to have Australia at 19/2. But skipper Lanning held one end up and batted her way to a 13th T20I half-century. Lanning and Elyse Perry added 57 off 63 balls before the partnership was broken by Afy Fletcher who had Perry out LBW. Gajnabi removed Ashleigh Gardner for 13, but by then Australia women needed just 11 off 15.

Rachael Haynes struck a boundary and with Lanning who hit six boundaries, saw Australia women to a 1-0 lead. 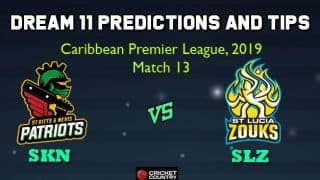 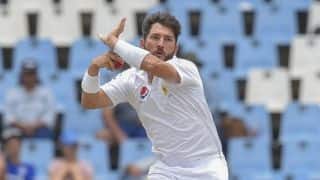