Afghanistan‘s spinners made a tremendous impact on the opening morning of the one-off Test match against Ireland in Dehradun, with Mohammad Nabi and Rashid Khan claiming five of the seven wickets that fell before lunch Friday.

At the interval, Ireland had slumped to 69/7 in 29 overs. (LIVE SCORECARD: AFGHANISTAN vs IRELAND)

William Porterfield‘s decision to bat in his country’s second Test match did not go to plan at all, with the skipper the second wicket to fall for just 9 before Nabi (3/6) and Rashid (2/5) quickly made inroads on a surface offering a decent amount of turn.

From 37 for no loss, Ireland lost seven wickets for 25 runs.

Porterfield, Andy Balbirnie, the debutants James McCollum and Stuart Poynter and then Stuart Thompson all made single-digit scores while Paul Stirling was the highest scorer with 26 off 30 balls before he became the first wicket for seam bowler Yamin Ahmedzai.

Ahmedzai claimed the first wicket of the Test when he had Stirling caught behind and then bowled Balbirnie for 4 with a terrific delivery that hit the seam and moved in. In between those strikes, Nabi won an lbw shout against Porterfield who went back in his crease.

From 55/3, Ireland fell to 62/7 with Rashid bowling McCollum (1) with a googly and then trapping Poynter (o) in the same over with a full delivery. Nabi added Kevin O’Brien lbw for 12 and just before the lunch break Thompson (3) edging to short leg. 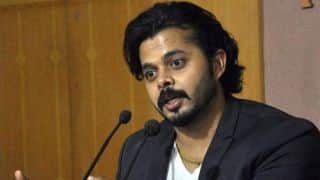 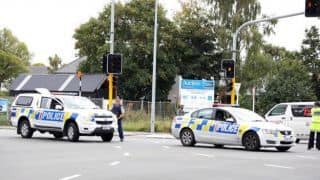