Shah top-scored for Afghanistan to guide them to 314, after which an early strike left Ireland at 22 for 1 at stumps.

Afghanistan emerged the stronger of the two sides on Day 2 of the first Test against Ireland in Dehradun on Thursday. Rahmat Shah top-scored for Afghanistan with 98 to guide them to 314 in the first innings, after which an early strike in the form of William Porterfield s wicket left Ireland at 22 for 1 at stumps. (READ: Day 2, Tea – Afghanistan lead by 70)

Rahmat missed out the first Test century by an Afghanistan batsman when two short of the milestone, he dragged a wide delivery outside off from Tim Murtagh onto his stumps. Besides Rahmat, half-centuries to Hashmatullah Shahidi and skipper Asghar Afghan got Afghanistan a first-innings lead of 142. The margin could have been more had it not been for a lower-order collapse from the hosts which saw them lose their last five wickets for 59 runs.

Earlier, Rahmat came agonisingly close to creating history. With the Afghanistan dressing room waiting with bated breath as he continued to inch closer to three figures, Murtagh struck with the new ball giving Ireland their breakthrough.

However, before that, the session began with Shah and Shahidi firmly in control of the proceedings as they built a century stand. Shahidi, following in the footsteps of Shah, completed his own half-century and thus becomes the second Afghan batsman to do so. He fell on 61 after hitting six fours during his 154-ball stay with Andy McBrine pinning him flush in front of the wickets. The stand for the third wicket was worth 130 runs.

That brought captain Afghan to the middle but his association with Shah didn t last long as the latter fell to Murtagh. Shah struck 15 fours while consuming 214 deliveries. Thompson struck immediately in the following over after Shah s dismissal. Mohammed Nabi flicked one straight to James Cameron-Down at short midwicket to be out for a three-ball duck as Ireland hit back late in the second session.

Ireland had endured a wicketless morning session during which the Afghan pair of Shah and Shahidi added 67 runs in 30 overs. But things changed dramatically in the final session with the Ireland s George Dockrell and Thompson sharing five wickets to emerge as two most successful bowlers for Ireland. 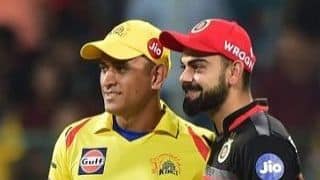 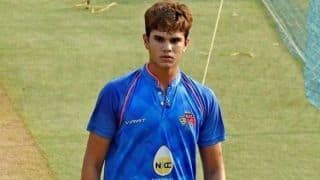