Chasing 144, Leopards lost wickets at critical junctures before Mirwais stunned them with 4/19 to bowl Legends to victory.

Mirwais Ashraf was the star with a telling display of death-overs bowling as Balkh Legends beat Nangarhar Leopards by 25 runs in the Afghanistan Premier League for their second victory in as many days.

Chasing 144, Leopards lost wickets at critical junctures before Mirwais stunned them with 4/19 to bowl Legends to victory. The loss of Najeeb Tarakai in the first over was followed by the loss of Johnson Charles, but through the Kiwi import Anton Devcich there was hope for the Leopards.

Until, on 48, he fell to Ashraf looking for six as the asking rate escalated. Two balls later Ben Cutting picked out long-off to leave the equating at 31 runs from 15 balls with three wickets left. Off the next ball, Mitchell McClenaghan was bowled to give Ashraf his fourth wicket in four balls. That 18th over proved irreparable as Legends won by a big margin.

This was important given their own middling effort of 143/7 in 20 overs with the bat after being put in. Colin Munro made a breezy 37 after the loss of Usman Ghani early, but with Chris Gayle struggled on a slow Sharjah surface the big hits didn t come. The run out of Ravi Bopara set back Legends to 62/4 but Ryan ten Doeschate injected a vital 37 followed by cameos from Mohammad Nabi (20) and Gulbadin Naib (17). 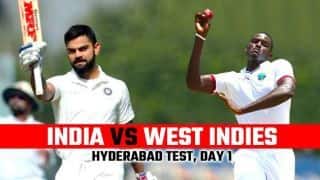 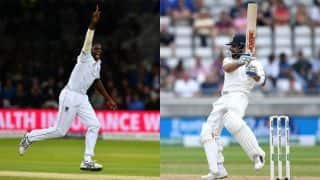