Bangladesh extended their dominance winning their 13th consecutive ODI over Zimbabwe and claimed the three match series 3-0 with a seven-wicket thumping win in the 3rd ODI at the Chittagong on Friday.

Bangladesh extended their dominance winning their 13th consecutive ODI over Zimbabwe and claimed the three match series 3-0 with a seven-wicket thumping win in the 3rd ODI at the Chittagong on Friday.

Chasing a target of 287, Bangladesh rode on centuries from Soumya Sarkar and Imrul Kayes to achieve the target with 47 balls to spare.

Bangladesh lost opener Liton Das off the very first ball of the innings, trapped in front by pacer Kyle Jarvis, but Kayes – on comeback trail after being called up for the Asia Cup – and Sarkar – added to the Bangladesh squad for the this ODI – went hammer and tongs, putting on a stand of 220 runs – the highest ever second wicket stand of Bangladesh in ODIs – in just 28.5 overs.

The duo set up the chase in grand style before Sarkar was holed out in the deep for 117 off 92 balls in the 30th over. Sarkar had reached his second ODI off just 81 balls. Sarkar s innings included nine fours and six sixes.

Kayes, at the other end, notched up his fourth ODI hundred off 99 balls and was the third wicket to fall when he was picked up by Wellington Masakadza. Kayes hit ten fours and two sixes en route to 115 off 112 balls.

Mushfiqur Rahim remained unbeaten on 28 to take his team over the line.

For Zimbabwe, skipper Hamilton Masakadza, Jarvis and Wellington Masakadza picked one wicket each.

After being put in to bat, Zimbabwe lost opener Cephas Zhuwao for a three-ball duck caslted by Mohammad Saifuddin followed by the wicket of skipper Hamilton Masakadza for two by Abu Hider.

Taylor and Williams then rebuild the Zimbabwe innings after playing out three straight maiden overs early on. The experienced duo added 132 runs for the third wicket and got the run-rate up after the first 10 overs.

Islam though broke the partnership when Taylor top edge a fuller delivery that was easily collected by wicketkeeper Mushfiqur Rahim.

Raza started off with a six of Islam, before settling in scoring 40 off 51 balls. Raza and Williams added 84 runs, before Raza succumbed to Islam. Peter Moor scored 28 to give company to Williams who got to his second ODI hundred off 124 balls with a single towards long-on. He went on to add 29 more runs in his next 19 deliveries helping Zimbabwe to 286/5. 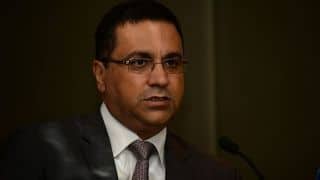 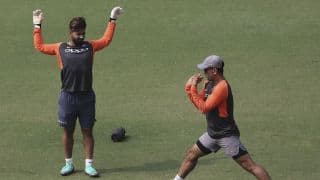