Having set Zimbabwe a massive target of 443, Bangladesh took the remaining eight wickets required on the final day before tea.

Hosts Bangladesh have beaten Zimbabwe by 218 runs on day five of the second Test at Mirpur to level the two-match series 1-1.

Bangladesh needed a win after going down by 151 runs in the first Test, and having set Zimbabwe a massive target of 443, they took the remaining eight wickets required on the final day before tea. Leading the bowling was the offspinner Mehidy Hasan Miraz with 5/38 as Zimbabwe were bowled out for 224.

This is Bangladesh s fifth drawn Test series at home in the past five series dating back to April 2015; they lost 0-1 to Sri Lanka in January after four successive drawn series with India, South Africa, England and Australia.

For the visitors, former skipper Brendan Taylor was the lone resistance, scoring his second century of the match to become the first Zimbabwean batsman to manage the feat twice. The next best was Brian Chari s 43 on the fourth evening, with skipper Hamilton Mazadza the only other batsman to cross 13.

Zimbabwe ended the fourth day on 76/2 and lost Sean Williams (13) and Sikandar Raza (12) on Thursday morning before Taylor and Peter Moor (10*) took them into lunch. Mustafizur Rahman bowled Williams with one that pitched and straightened, and then Taijul Islam took a return catch from Raza for his seventh wicket of the match.

Scoring 85 runs from 31 overs could be viewed as good work given it is a day-five track, but Taylor and Moor needed to bat exceedingly well to prevent Bangladesh from making inroads. From 161/4 at lunch, Zimbabwe folded with Mehidy claiming Moor for 13, Donald Tiripano and Brandon Mavuta for ducks and Kyle Jarvis for 1 in a spell of 6.1-2-10-4.

With Tendai Chatara unable to bat, the innings ended at 224 when Mehidy had Jarvis hacking to mid-on. 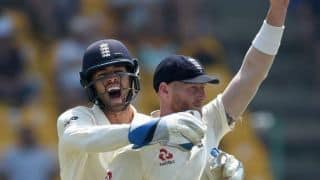 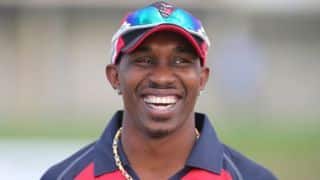