Chasing Auckland Aces' 236, the Firebirds won with nine balls to spare with Jimmy Neesham getting a career best 120*.

Wellington Firebirds have clinched their place in the final of the 2018-19 Ford Trophy by beating defending champions Auckland Aces by three wickets in the Elimination Final at Eden Park Outer Oval on Wednesday.

The win, headlined by five wickets to Ollie Newton and an unbeaten career-best 120 from Jimmy Neesham, put Wellington in Saturday s Ford Trophy final against Otago Volts at University Oval in Dunedin. Chasing a target of 237 after Newton s 5/47 kept the Aces to 236 in 47.5 overs, Wellington won in 48.1 overs with Neesham hitting five sixes and 12 fours in his 107-ball hundred.

ALSO READ: I want to play all three formats for New Zealand – Neesham

This was the one-time New Zealand allrounder s second century in List A cricket – the first was also scored during this edition of the Ford Trophy – and came after the Firebirds had been reduced to 13/2 and 86/3.

“I think James has really bought into the Wellington Firebirds environment and what we’re doing. He got a hundred in Dunedin, but he didn’t get us across the line and that really hurt him,” said Wellington captain Hamish Bennett after the win. “I think today he really meant business, he wasn’t mucking around [celebrating his century, which he barely acknowledged] and I think it just shows he’s a great team man for us and personal milestones didn’t mean as much as his job of getting us across the line. And thankfully, he did.”

Assisting Neesham in securing the win was Newton who made four off 11 balls after he ransacked Auckland s innings with five wickets, of which four came up front as the hosts slipped to 44/4 in 9.4 overs. His victims includes the prized wicket of Colin Munro, while Neesham s extraction Mark Chapa left the Aces at 58/5.

A sixth-wicket stand of 115 between Robbie O’Donnell and Graeme Beghin gave the Aces some hope, but Devon Conway (41), Michael Bracewell (41) and Neesham lifted Wellington to victory.

Wellington last reached the Ford Trophy final in 2016-17 when they lost to Canterbury. 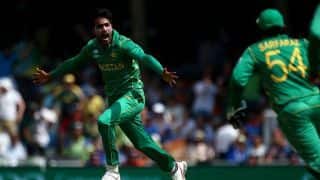 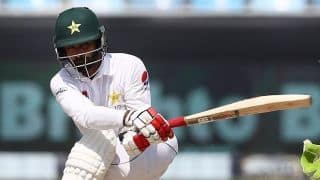 Mohammad Hafeez has been "brilliant" over the last few months: Mickey Arthur