Montreal Tigers now sit at the top with two wins in four matches.

Dillon Heyliger and Scott Kuggeleijn combined to smashed 18 runs in the final over off James Neesham to lead Montreal Tigers to a table-topping win over Edmonton Royals at Ontario on Wednesday. Montreal had their task cut out and Kuggeleijn put the pressure right on his New Zealand teammate, Neesham by launching the first ball for a six. A four and a six off the third and fourth delivery by Heyliger almost sealed it for Tigers and crossed the finishing line with a wide.

The chase of 154 was set up by Kyle Coetzer (62 off 52) and Anton Devcich’s (32 off 33) partnership of 85 for the second wicket. A middle-order failure saw Montreal in troubled waters. Dinesh Chandimal (11 off 8), Skipper George Bailey (8 off 6) and Matthew Cross (3 off 4) failed to build on the momentum. But, Kuggeleijn and Heyliger pulled them out of trouble and steered them to their second victory in four matches.

Earlier, Edmonton Royals too suffered the same fate with their middle-order collapsing despite Faf du Plessis (55 off 20) and opener Navneet Dhaliwal (23 off 22) to steady the innings after the early loss of Richie Berrington for a duck.

They put up 78 runs for the second wicket, after which Edmonton lost six wickets for just 37 runs. Riding on meagre contributions, Edmonton dragged their score to 153 in 19.3 overs. Dikhil Dutta (3/25) and Heyliger (3/14) shared six wickets between them.

With three defeats in as many matches, The Du Plessis-led Edmonton is now placed at the bottom of the table and have a bleak chance of making it to the next round of Global T20 Canada. 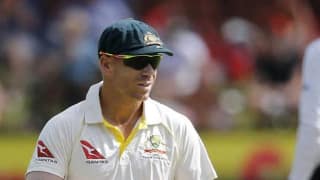