India sauntered to their third successive win of the ongoing 2018 ICC Women’s World T20 by crushing Ireland by 52 runs in a Group B clash at the Providence Stadium in Guyana on Thursday. After Mithali Raj‘s half-century guided them to 145/6, India kept Ireland to 93/8 to confirm their semi-final spot.

They next face Australia who have already qualified for the last-four stage.

The Irish batters struggled to deal with the India spinners. Barring opener Clare Shillington (23 off 23) and Isobel Joyce (33), none of their batters managed a significant contribution. In fact, they were the only two to register scores in double-digits.

Left-arm spinner Radha Yadav was the pick of the India bowlers, taking 3/25 while Deepti Sharma chipped in with 2/15. The opening pair of Shillington and Gaby Lewis added 27 runs before the latter was bowled on 9 by Poonam Yadav.

The struggled to find singles, let alone boundaries. Their eight fours were shared between the top-three four to Joyce, three to Shillington and Lewis managing one.

Mithali’s second successive half-century of the tournament was vital in helping India to a decent total. However, after the opening pair of Mithali and Smriti Mandhana had laid a solid foundation for a big total, Ireland pulled things back in the death overs as they managed just 36 runs from their final five overs apart from losing four wickets as well.

Ireland captain Laura Delany opted to field and India openers began cautiously before teeing off. The pair added 67 runs in 10 overs when Kim Garth outfoxed Mandhana with change of pace to have her bowled for 33.

Mithali benefited from two dropped catches to compile a composed half-century. She struck four fours and a six during her stay. Jemimah Rodrigues got the start, hitting three fours in her score of 18 before being stumped off Delany.

At 109/2 and with 30 deliveries to go, the stage was perfect for the big-hitting India captain Harmanpreet Kaur to blast off. She landed the first blow, smacking Elimear Richardson for a six over long-on. However, she ended up holing out off the very next delivery to walk back on 7.

Ireland bowlers did well to keep India batters quiet and it seemed they had fallen short of a challenging total by 15-20 runs. But India bowlers ensured that wasn’t to be the case. 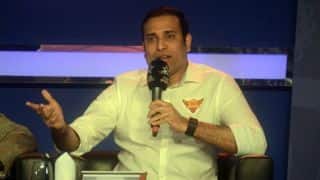 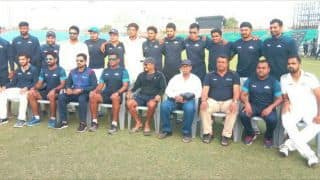