South Africa, who were without Trisha Chetty, ruled out of the tournament with a recurring back injury, rode on pacer Shabnim Ismail three-wicket haul and Marizanne Kapp s allround performance to claim victory in Group A.

Opting to bowl first, both Kapp and Ismail bowled started well and reduced SL to 5/2 with Ismail accounting for opener Yasoda Mendis (1), while Kapp removed skipper Chamari Atapattu for 3 inside the first four overs.

Only Shashikala Siriwardene and Dilani Manodara managed to hang around scoring 21 and 20, respectively, taking their team to 99/8 in 20 overs.

Every bowler used by SA skipper Dane van Niekerk claimed at least one wicket with Ismail returning the best figures of 4-0-10-3 while Kapp gave away just 13 in her four overs for one wicket.

In reply, SA were dented early as they lost openers Lizelle Lee (1) and 19-year-old Laura Wolvaardt (4) early. However, Kapp and Van Niekerk got together to add 67 runs for the second wicket to push SA ahead. Kapp was removed for 38 by Siriwardene, but Mignon du Preez (16*), stayed with her skipper Van Niekerk (33*) to see the team home with nine balls to spare and seven wickets in hand. 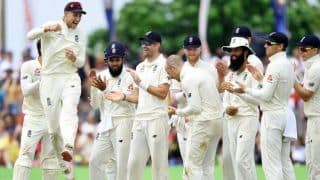