Watkin and Kerr shared six wickets as Pakistan, chasing 145 to win, collapsed and lost their last eight wickets for 38 runs.

The New Zealand spin pair of Jess Watkin and Amelia Kerr shared six wickets between them as they beat Pakistan by 54 runs at the Providence Stadium in Match 14 of the ICC Women s World T20. Watkin and Kerr finished with figures of 3 for 9 and 3 for 21 respectively as Pakistan, chasing 145 to win, collapsed and lost their last eight wickets for just 38 runs to hand New Zealand the win.

With India already qualifying for the semi-final with a win over Ireland earlier, the New-Zealand Pakistan fixture became inconsequential, but New Zealand women, having lost to India and Australia, went out on a high, strangling Pakistan s chase after their top order had put on 52 runs for the loss of two wickets. Opener Javeria Khan got Pakistan off the blocks, taking 31 runs in the first three overs before Leigh Kasperek provided the breakthrough.

The wheels came off for Pakistan women as the legspin-offspin duo of Watkin and Kerr operated in tandem, strangling Pakistan s scoring rate. Aliya Riaz and Nida Dar were the only two barring Javeria to enter double figures. With the captain s wicket, out reverse-sweeping Watkin for a 23-ball 36, New Zealand closed in on victory before Kerr provided the finishing touches trapping last batter Nashra Sandhu out LBW to bowl Pakistan out with two overs remaining.

New Zealand, having won the toss and opting to bat, were provided a fine beginning from skipper Suzie Bates and Sophie Devine. Bates hit five boundaries as New Zealand raced to 50 without any harm. Dar broke the 59-run partnership with Bates returning her a catch. Her dismissing then brought out skipper Amy Satterthwaite who took over the anchor role and allowed Devine to be the aggressor, although she was out soon after having score 32 off 31 balls.

Sana Mir struck twice to remove the New Zealand skipper and wicketkeeper Katey Marin. Kasperek s wicket off the first ball off the last over dented New Zealand s hopes of reaching 150, but 11 off the last four deliveries ensured they got near it. 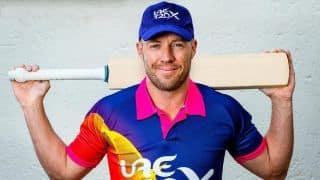 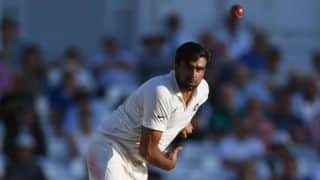