The only batsmen not to manage fifties were Murali Vijay (28) and Ajinkya Rahane (12) as India A ended the day on 340/5.

Half-centuries to Prithvi Shaw, Mayank Agarwal, Hanuma Vihari and Parthiv Patel underlined a dominant performance from India A as their tour of New Zealand began with a total of 340/5 at Mount Maunganui, though none of them was able to convert into a hundred.

Day one of the first four-day match with New Zealand A ended with India A firmly placed after 89.4 overs, after Shaw (62), Agarwal (65), Vihari (86) and Parthiv (79*) having cashed in. Vihari, after adding 138 in 33.1 overs with Parthiv, nicked the last ball of the day to wicketkeeper Dane Cleaver off medium-pacer Kyle Jamieson.

Murali Vijay, recalled to India s Test squad for the tour of Australia, made 28 from 64 balls and Ajinkya Rahane, leading India A, was bowled by Doug Bracewell for 12. Vijay is the third opener India s Test squad after Shaw, 18, and KL Rahul and having been axed during the England tour, he would be eyeing a return to the XI in Australia.

Shaw, following scores of 134, 70 and 33* to be named Player of the Series in his debut Test series against West Indies, now has another handy fifty to his name ahead of the first match in Adelaide on December 6. Agarwal, uncapped at international level but a regular for India A sides, hit 10 fours and two sixes in his 108-ball innings at No 3. Vihari, who scored a fifty on Test debut in England but has not got a chance since, top-scored with 89.

After the loss of Vijay, bowled by Central Districts medium-pacer Blair Tickner, India A went into line on 82/1 with Shaw and Agarwal steering them to 111/2 before Shaw was dismissed by left-arm spinner Theo van Woerkom. Agarwal went next at 184/3, bowled by Tickner.

Vihari’s innings was an extension of his good form of late, which includes scores of 95, 87* and 76 in three successive one-day games for Andhra in October. For Parthiv, this is his first half-century in nine innings across formats since he made 80 for India Green in late August.

Rahane, Shaw, Vihari, Vijay and Patel will fly to Australia at the end of this match to link up with India s Test specialists.

Read the full India A vs New Zealand A itinerary here. 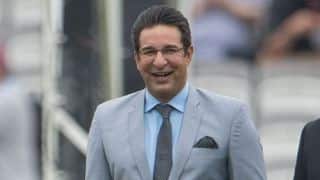 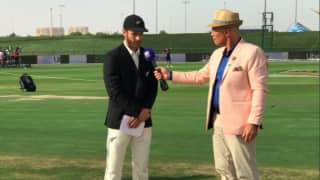