Chasing 173, England Lions were bowled out for 112 as India A sealed the series with a third straight win.

India A defeated the England Lions by 60 runs in a low-scoring third unofficial game at the Greenfield International Stadium in Thiruvananthapuram. Batting first, India A were all out for 172 inside 50 overs which raised hopes of a Lions win but left-arm spinner Krunal Pandya s 4/21 from 5.5 overs knocked the wind out of their sails. England Lions were bowled out for 112 as India A sealed the series with a third straight win.

The Lions had India A in early trouble when skipper Ajinkya Rahane was dismissed first ball of the match by Lewis Gregory. His suspension lifted by the BCCI, KL Rahul, playing his first competitive match since the second Test against Australia at Perth, hit a couple of boundaries but was dismissed for 13. India A s experienced middle order comprising the likes Hauma Vihari and Shreyas Iyer were dismissed cheaply for the score to read 53/4 at one stage.

Pandya and Ishan Kishan forged a 41-run stand for the fifth wicket before both the allrounder were dismissed. And when Kishan was dismissed for 30, India A were struggling at 110 for 7 and in danger of being bowled out inside 150. But a counter-attacking knock from Deepak Chahar, who struck four sixes and one boundary to score 39 off 65 took India to a defendable total. Jamie Overton was the most successful Lions bowler returning figures of 3/34, with, Matthew Carter and Will Jacks picking two each.

The Lions start was no better. Opener Alex Davies was dismissed fifth ball of the innings with left-arm spinner Axar Patel getting him out LBW. Two overs later, Axar added the wicket of Davies opening partner, Jacks to his tally to reduce Lions to 13 for 2. And then came the telling blow – skipper Sam Billings, when he was out caught and bowled Deepak Chahar. At 23/3, the Lions were in need of a partnership, which ben Duckett and Ollie Pope provided them to a certain extent by adding 47 runs for the fourth wicket. Duckett and Pope scored six fours and a six between themselves.

It was Navdeep Saini who snapped the partnership with the wicket for Pope, before Pandya was introduced. With his left-arm spin, the Baroda allrounder took out Gregory and Duckett, along with Steven Mullaney getting run out between the two dismissals. From 78 for 7, Overton and Danny Briggs resisted and took the Lions past the 100-run mark, but that s all she wrote. Pandya picked up his final wicket by removing Briggs and handing India A the series. 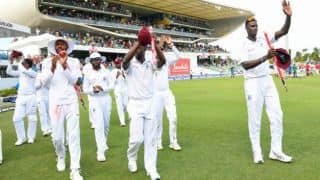 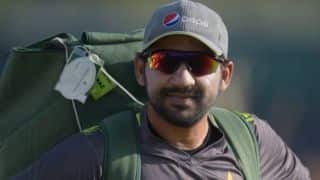