Anmolpreet top-scored with 71 and Kaul claimed 4/37 as India A won the final one-dayer by 75 runs.

India A closed out their tour of New Zealand by beating New Zealand A by 75 runs on Tuesday at Bay Oval, thus sweeping the one-day series 3-0.

Defending a total of 275/8 in 50 overs, India A had a useful all-round bowling performance to thank. Each of the six bowlers used by Manish Pandey took at least one wicket, with Siddarth Kaul leading the way with four, and the consistent flow of wickets pegged back New Zealand A for whom only Tim Siefert crossed 50.

India A s innings was fashioned by the opener Anmolpreet Singh who top-scored with 71 from 80 balls and forties to Ankit Bawne and Vijay Shankar. Anmolpreet put on 68 in 13.5 overs with Ishan Kishan (39) and got the score to 171 before he was fourth out in the 35th over having hit eight fours and a six.

For New Zealand A, Seth Rance had the best figures of 3/49 while Lockie Ferguson claimed 2/20.

Chasing 276, the home team struggled for partnerships. Khaleel Ahmed and Kaul struck with the new ball, dismissing George Worker (9) and Hamish Rutherford (27) respectively, before Axar and Vijay added to their problems. New Zealand international Seifert battled after Jimmy Neesham was stumped for 3 off Krunal Pandya, getting as far as 55 from 73 balls before Kaul returned and bowled him in the 40th over.

An asking rate of nearly ten per over proved out of reach. Kaul removed Doug Bracewell and Ferguson in the 44th over and finished with 4/37. 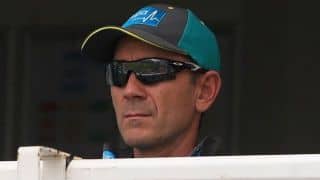 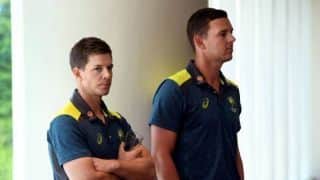 Australia look for quick fix ahead of second India Test