Dwayne Bravo s 3/33 and Shane Watson s 26-ball 44 helped Chennai notch up their second straight win of the 2019 Indian T20 League with a six-wicket win over Delhi at the Feroz Shah Kotla on Tuesday.

After allrounder Bravo made the most of a typically sluggish Kolta track, helping his team restrict Delhi to 147/6 with figures of 3/33, Watson took on the bowlers to set up the match. Delhi made a brief comeback in the middle-overs, before the experienced duo of MS Dhoni and Kedar Jadhav took their team home with two balls remaining.

Watson got together for a stand of 52 runs in just three overs with Suresh Raina to put Chennai in a comfortable position after Delhi struck early with the wicket of Ambati Rayudu for five, taken by Ishant Sharma in the 3rd over.

Raina then move across his crease to hit Ishant for a boundary before adding two more in the next two balls – one over point and the other towards the cow corner. Raina added another four off Rabada, and by the sixth over Chennai were in cruise mode at 58/1.

Leg spinner Amit Mishra, in for Trent Boult, was greeted with two huge hits over the ropes by a fired up Shane Watson, who had an altercation with Ishant earlier. But Mishra had his man as the former Australian international tried his luck for the third time with a big swipe, but the wide delivery was well taken behind the stumps by Rishabh Pant, who went on to complete the stumping.

Chennai stuttered with the wicket of Raina for 30 off 16 balls to Mishra. But, Jadhav and Dhoni put on 48 runs for the fifth wicket. Delhi lost their way in the middle with some ordinary bowling and fielding; and by the 15th over, Chennai needed 28 runs off 30 balls. Even though Dhoni played five dots balls off Axar in the 17th over; as always he held his nerve anchored the chase with an unbeaten 32 off 35 balls.

Earlier, opting to bat first, opener Prithvi Shaw gave Delhi a positive start with three consecutive fours off Shardul Thakur in the second over before he departed to Deepak Chahar, caught at deep mid wicket by Watson off a short pitch delivery. He made 24 off 16 balls.

Chennai spinners then stifled Delhi and the slowness of the Kotla track meant they meandered to 65 in ten overs, scoring 22 runs from overs six to ten. Dhawan, on his home track, battled hard and kept the scorecard ticking, but skipper Shreyas Iyer fell pray to Imran Tahir, leg before wicket to a slider for 18.

Delhi s hero in their opening match, Pant started well with a four off Jadeja and six off Harbhajan Singh. However, Bravo, whose first over went for 17 runs, struck gold removing the wicketkeeper batsman attempting a flick caught by Thakur at deep backward square for 25 (13 balls) in the 16th over, and followed it up with the wicket of Colin Ingram for just two, caught at short extra cover by Raina.

With the firepower gone, Delhi struggled in the death overs, even as Dhawan got to his 33nd Indian T20 League fifty off 45 balls. Jadeja cleaned up West Indian Keemo Paul with a quicker one for a duck while Dhawan (51 off 47) handed Bravo his third success of the night skying one in front of square as Delhi were restricted to a below par total. Delhi could only add 29 runs in the last five overs.

With the win, Chennai went top of the table with two wins in as many matches. 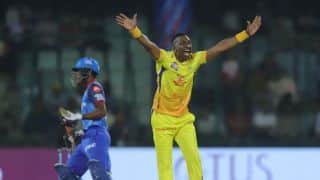 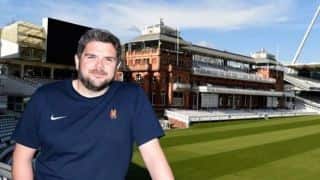