Punjab win toss and opt to bowl first against Kolkata in Match 6 of the 12th edition of the Indian Premier League at the Eden Gardens on Wednesday.

Punjab win toss and opt to bowl first against Kolkata in Match 6 of the 12th edition of the Indian Premier League at the Eden Gardens on Wednesday.

Host of changes for Punjab, while Kolkata have fielded an unchanged XI from their first game against Hyderabad. Miller, Viljoen, Varun Chakravarthy, Andrew Tye in. Pooran, Sam Curran, Ankit Rajpoot and Mujeeb Ur Rahman out.

Two Tamil Nadu veterans Dinesh Karthik and R Ashwin will come face to face as Kolkata host Punjab in match six of the Indian T20 League 2019 at the Eden Gardens in Kolkata on Wednesday.

Both the teams have won their respective opening games Kolkata beating Hyderabad and Punjab defeating Rajasthan. However, the circumstances in which the results were achieved are drastically different. While Karthik and Co. won the opener after the Andre Russell blitz, Punjab s win came on the back of a controversial Mankading of Jos Buttler, executed by Ashwin. (ALSO READ: Ravi Ashwin mankads Jos Buttler during T20 League match: Twitter goes wild)

While Mankading debate will go on, with Ashwin facing a lot of heat from some of the former cricketers, Punjab will be keen to continue their winning run and seal the second successive win. (ALSO READ: Ashwin s actions represent him: Rajasthan coach Paddy Upton)

Kolkata though, playing the second home game, will be eager to get the better of Punjab and register their second win in a row this season. 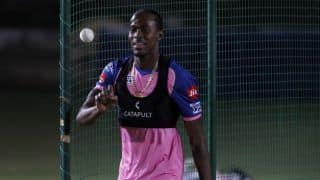 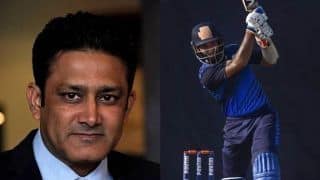