Delhi won the toss and opt to bowl first against Punjab at Mohali in Match 13 off the Indian T20 League. One change for Delhi as they bring in former India U-19 and Madhya Pradesh pacer Avesh Khan in place of leg spinner Amit Mishra.

Ashwin: It’s about getting used to a particular ground, like the wind direction etc. If you’ve played in a venue before you know that the small things matter big. We have punched well as a unit, and I’m pretty pleased with how it is going at the moment. If you go at 10 an over in the slog (last 4 overs), you would take it any day as a captain.

Both Punjab and Delhi are high on confidence after morale-boosting wins and lock horns in Match 13 of the Indian T20 League at the IS Bindra Stadium in Mohali on Monday. (WATCH: Rabada leads Delhi to Super-Over win against Kolkata after Shaw s 99)

Punjab were clinical in their eight-wicket victory over Mumbai, while Delhi, who won the first Super Over this season, stymied Kolkata s two-match winning run, and will want to carry the momentum.

The Ravichandran Ashwin-led are in the process of making Mohali their happy hunting ground. They played four matches last year at the IS Bindra Stadium and won all of them before they shifted base to Indore. (ALSO READ: Murugan Ashwin s double, KL Rahul s return to form and an almost another umpiring controversy)

Chris Gayle s form a huge positive for Punjab. The Jamaican got going on Saturday but was dismissed on 40 off 24 balls. Murugan Ashwin, the legspinner, who replaced the unfit Varun Chakravarthy, scalped two wickets and looks set for another match.

Delhi can take a lot of heart from the way young Prithvi Shaw batted. The U-19 World Cup-winning captain fell one run short of a century which would have made him the youngest centurion in the history of the tournament. South Africa pacer Kagiso Rabada, the star of the Super Over, was expensive and will look to improve on Monday. Will Delhi breach a Punjab fortress in the making? Let s wait and watch! 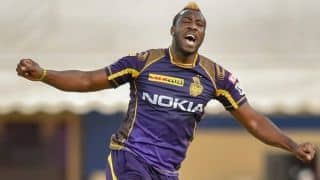