Kolkata Knight Riders captain Dinesh Karthik won the toss and elected to bowl first vs Royal Challengers Bangalore captain at the M Chinnaswamy Stadium, Bangalore in Match 17 of the IPL 2019 on Friday.

Nikhil Naik sits out for KKR as Sunil Narine is back at the top. For RCB, Shimron Hetmyer is dropped for a bowler, Tim Southee while Umesh Yadav misses this one out and Pawan Negi comes in. Kohli is happy that he will have seven bowling options. (FOLLOW SCORE: RCB vs KKR)

It s been almost two weeks since the 12th season of Indian Premier League (IPL) began. A lot has happened since March 23 the day of the season opener. One thing that has remained constant from the Day 1 is Royal Challengers Bangalore s struggles. Other teams who didn t have the best of the starts have adjusted and gained some ground, but not RCB. They have fluctuated between hopeless at worst to competitive at best. (READ: RCB s worst start ever, but hope floats)

They have played four matches so far and lost all of them which is their worst start for any edition of the league. Their latest test is against Kolkata Knight Riders, a team that has beaten them on all four meetings in the previous two seasons.

KKR on their part have had an impressive season so far despite tasting defeat in their previous contest which was decided by the Super Over. Twice they have crawled back into contests from difficult situation. What has remained constant for them is the form of their batters, especially allrounder Andre Russell who has been in superb touch. Given the way RCB have struggled across departments, KKR look the overwhelming favourites.

Should RCB s wretched run continue, they will have equalled the record for the second-worst start to an IPL season with five straight defeats. 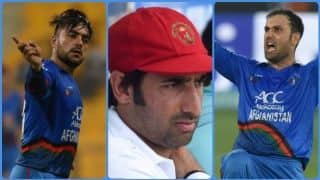