Sunrisers Hyderabad won the toss and elected to bat first against Mumbai Indians at the Rajiv Gandhi international stadium, Hyderabad in Match 19 of the IPL 2019.

Sunrisers Hyderabad skipper Bhuvneshwar Kumar won the toss and elected to bat first against Mumbai Indians at the Rajiv Gandhi international stadium, Hyderabad in Match 19 of the IPL 2019.

SRH are unchanged while Mumbai Indians have handed out IPL debut for young pace sensation Alzzari Joseph, coming in place of Lasith Malinga while Yuvraj Singh has been benched Ishan Kishan.

Their latest opponents are Mumbai Indians who have been erratic at best. It s been a sort of stop-start season for the three-time IPL champions who have won twice and lost as many. Batting hasn t been a big concern with their average total hovering around 177. 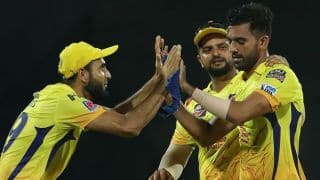 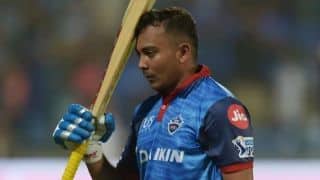