The opening day's play of the second Test between New Zealand Bangladesh was washed out without toss due to continuous rain.

The opening day’s play of the second Test between New Zealand and Bangladesh was washed out without toss due to continuous rain.

Heavy rains in the morning had delayed the start with pools of water forming on the outfield rendering the ground unsuitable for play.

The umpire went for an inspection at 3:00 pm (local time) and after 10 minutes, play was called off for the day. The conditions are expected to remain the same till Saturday afternoon.

However, should the weather gods permit, the play on Day 2 is scheduled to start half an hour early to make up for the lost time.

New Zealand currently lead the three-match series 1-0 having won the opening Test by an innings and 52 runs in Hamilton. 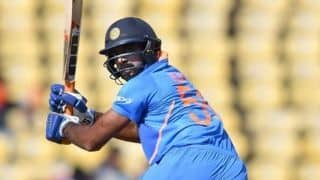