New Zealand plundered 334 runs off just 64 overs on Monday for the loss of one wicket.

Ross Taylor neared a double century, punishing Bangladesh for dropped catches as New Zealand gave themselves a shot at second Test victory on Monday despite losing two days to rain in Wellington.

The hosts raced past the Bangladesh first innings total of 211 in the third over after lunch on day four and by tea they were 372/3, 161 ahead.

Taylor, dropped twice on 20, was unbeaten on 185 with Henry Nicholls on 93. (FULL SCORECARD: NEW ZEALAND vs BANGLADESH)

Despite having the first two days washed out, New Zealand were in no mood to settle for a draw as they pushed to wrap up the three-match series with a game to spare having comprehensively won the first Test.

They plundered 334 runs off just 64 overs on Monday for the loss of one wicket.

Williamson and Taylor had raced along at nearly six an over in the morning even though the green wicket continued to support the bowlers and many of the runs in their 172-run stand came from nicks and edges that skirted the slips cordon.

Their experience from their combined 162 Tests was evident up against the 17 Tests in total for the Bangladesh pace trio of Abu Jayed, Ebadat Hossain and Mustafizur Rahman. It left Bangladesh regretting dropping Taylor twice in the third over of the day when the New Zealand elder statesman was on 20.

Williamson, who twice needed attention to his shoulder, smacked 11 fours and a six before he was caught and bowled by Taijul Islam.

Taylor took 97 balls to reach his century with a huge six over long-on from the bowling of Taijul. As he neared his third double-century he had hit 19 fours and four sixes.

The hundred took Taylor past his mentor, the late Martin Crowe, and into second on the New Zealand list of top Test century makers, two behind Williamson who has 20. 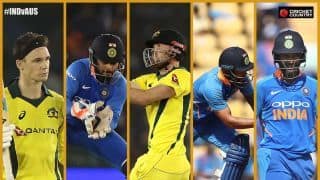 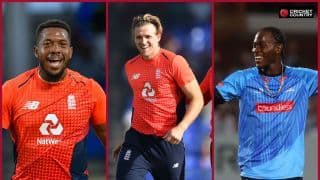