The young New Zealand XI came away with a highly creditable draw, and even had the sneaking chance for an improbable victory, in their three-day fixture against Sri Lanka at Napier’s McLean Park.

The NZ XI were left to chase 262 in around 45 overs, for what would have been an immensely satisfying win over a side preparing for the start of their two-Test series against New Zealand in Wellington on Saturday.

They had established a 60-run first-innings lead and then scored at around five an over until stumps were pulled at 139/2 off 28.3 overs. uckland pair Will O’Donnell and Dale Phillips had shared an unbroken 95-run stand, off 16.5 overs.

The NZ XI lost two wickets in the space of 15 balls before O’Donnell and Phillips cashed in against a Sri Lankan attack working themselves up for the Test series. O’Donnell finished on 52 off 57 balls, while Phillips was on 39 at the end.

For the young NZ XI, there was much to take out of the match, including the experience of facing established Test players such as Mendis and top-class allrounder Angelo Mathews, who scored an impressive century in Sri Lanka’s first innings. There was also the chance to show their credentials to the selectors with an eye to the future.

Sri Lanka now head to Wellington to prepare for the series opener at the Basin Reserve. 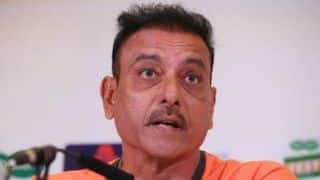 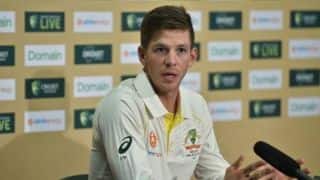