Australia slumped to 202 after being 142/0 with pacer Mohammad Abbas picking 4/29. Pakistan decided against enforcing the follow-on and took their lead to 325 when stumps were drawn.

Pakistan s Bilal Asif undone the good work of Usman Khawaja (85) and Aaron Finch (62) on day three of the 1st Test against Australia, as the off spinner s 6/36 derailed the visitors, who conceded a lead of 280 runs after starting strong.

Australia slumped to 202 after being 142/0 with pacer Mohammad Abbas picking 4/29. Pakistan decided against enforcing the follow-on and took their lead to 325 when stumps were drawn.

With the Dubai track offering enough spin and bounce for the spinners late in the day, Australia spinners managed to reduce Pakistan to 45/3 in their second dig, but with a sizable lead for Pakistan, it will be the Australian camp which will be worried heading into the final two days of the series opener.

Pakistan had a positive start, effectively starting on 280/0, but Jon Holland removed first innings centurion Mohammad Hafeez for 17 and got rid of Azhar Ali for 4 in what proved to be the last piece of action for the day.

In between, Nathan Lyon added the scalp of nightwatchman Asif (0). Imam ul Haq remained unbeaten on 23.

Earlier, Australia had lost their ten wickets for just 60 runs with Asif registering the third best figures among Pakistan debutants in Test. In the second session, the 33-year-old had triggering a dramatic collapse of four wickets for 11 runs just before the tea break that saw Australia s latest opening pair of Khawaja and the debutant Finch s 142-run stand going in vain.

Eighteen runs after Finch was removed for 62 by Abbas, it was Asif s turn to strike courtesy a flashy drive outside off stump from Shaun Marsh (7) which was gobbled up at slip. From 160/2, Australia slipped to 167/3 when Khwaja, on 85, misjudged a paddle and got a leading edge.

The hard work was unravelling, but what came next was stunning. In three balls, Asif got the two other debutants, Travis Head and Marnus Labuschagne, for ducks. Head edged to a diving Haris Sohail at gully and Labuschagne inside-edged to short leg.

Australia had started the final session on 180/5, but could only add 22 runs, losing five wickets. After the break, Abbas removed Mitchell Marsh in his first over trapping the allrounder in front for 12. An over later, Asif had Australian skipper Tim Paine caught at short leg by Imam ul Haq, as the 33-year-old completed his maiden five-wicket haul.

Abbas was rewarded for his discipline outside the off stump and induced an edge off Mitchell Starc to which wicketkeeper Sarfraz Ahmed obliged. In the third over after taking the new ball, Abbas tailed one in and breached Peter Siddle s defence to send him back for 10.

Asif completed the proceedings when he had Nathan Lyon caught at square leg on a sweep by Azhar Ali. 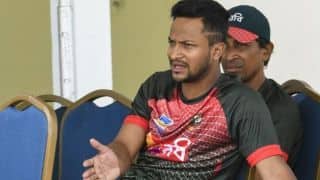