Uttar Pradesh put themselves in a commanding position after scoring 437 run in their first innings courtesy 159 from skipper Askh Deep Nath s 159 and Rinku Singh s 72. In reply, Odisha, who were bowled out for 256 in their first innings, found themselves tottering at 180/7, trail UP by one run in Elite C round two match of the Ranji Trophy 2018-19 at KIIT Cricket Stadium, Bhubaneshwar on Wednesday.

Starting the day at 361/6, already leading by 105 runs, UP would have hoped to pile on the runs, but could only add a further 76 runs for the last four wickets, as Odisha pacer Basant Mohanty, picked three wickets on day three. Still, Shivam Mavi s 34 and Yash Dayal s 25 ensured that UP ended with a big total on the board. Mohanty returned 6/62 in the innings.

In reply, Anurag Sarangi was scalped by paceman Ankit Rajpoot for 9 before Sandeep Pattanaik and Govind Poddar added 43 runs for the second wicket. Pattanaik fell to Mavi for 46 while Poddar fell shortly afterwards for 27 to Mavi. Subhransu Senapati then added 42 before falling to Dayal. Rajpoot then got rid of Odisha skipper Biplab Samantray for 8. Rajpoot and Mavi then added two more scalps to their name to finish with three wickets each. 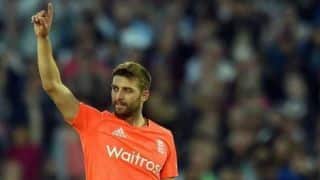